Smoking in Cars with Children set to be Made Illegal 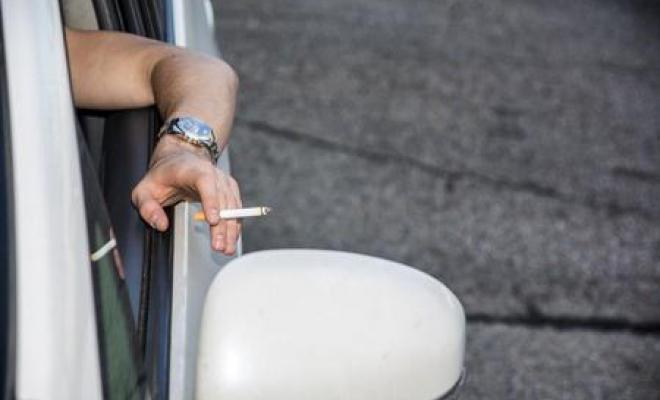 From October 1st drivers in England and Wales could find themselves faced with on the spot penalties of £50 if found smoking in a vehicle which carries someone under the age of 18. The government has finally woken up to the dangers of second hand smoke and has made it illegal to smoke in cars which have children as passengers.

According to Action on Smoking and Health (ASH) 10 million people smoke in the UK, which means the new law is set to affect around a sixth of the UK population. So what does this mean for parents who drive and smoke?

What Has Brought About The Change?

According to the government, surveys suggest that around a third of children – 3 million- are exposed to smoke in vehicles. This leads to around 200 children a week visiting their GP because of the effects of second-hand smoke. The government believes the exposure to smoke could cause diseases such as meningitis, bronchitis, pneumonia and cancer.

Speaking to The Guardian, The Department of Health’s chief medical officer, Dame Sally Davies, said: “Children breathe faster than adults so they are much more exposed to the dangers of second-hand smoke. Their airways, lungs and immune systems are still developing so are much more at risk from harm.

“We want children to grow up free from harm and we need parents to understand why smoking in vehicles is so dangerous. 80% of smoke is invisible so even if you think you are being careful you cannot see where the smoke is going.”

I Have A Convertible, What Does The Law Mean For Me?

All cars will have to be smoke free, except convertibles and coupes with roofs fully down and stowed. If a car carries someone under 18, whether it has an open sunroof or not, it will still be covered by the law. However, someone under the age of 18 smoking by themselves in a private vehicle will not be deemed to be committing an offence.

Where the Law Doesn’t Apply

The new law does cover the use of e-cigarettes, however, if found sitting in the open doorway of a vehicle, smokers could still be breaking the law. The legislation applies to motorhomes, campervans and caravans, but only when they are being used as vehicles. When used as stationary living spaces, the smoking ban is rendered obsolete.

What does this new law mean for you? Let us know on social media!